Thirty-one new astro-tourism professionals were instructed. The teaching was held in the framework of the Leyva Astronomy Festival.

The small town of Villa de Leyva, located northeast of BogotÃ¡, is known for its colonial architecture, its large Plaza Mayor and its dedication to the sky, hosting a major astronomy festival and now also for being the first enclave of Colombia to receive a course on Starlight Astronomical Monitors.

The Starlight Foundation, taking into account the peculiarities and the high level of the current and future demand for star tourism, has organized and taught the Course for Starlight Astronomical Monitors of Colombia in Villa de Leyva from June 5 to 11. This course was especially aimed at professionals and businessmen who carry out their activities in the Starlight Tourist Destination of Tatacoa Desert and in Villa de Leyva, which has already started the certification process as a Starlight Municipality.

This course has been promoted by the Association of Self-Taught Astronomers of Colombia (ASASAC), under an action promoted by its president Diana L. Rojas, with funding from the National Tourism Fund-FONTUR.

The aim of the course was to teach, in a very practical way, the professional opportunities offered by astro-tourism, the diversity and singularities of the companies dedicated to this activity, the way to develop this innovative product and the best way to promote it. As well as theoretical knowledge about astronomy and how to transmit the knowledge of the universe  to groups of visitors in a rigorous and at the same time entertaining way.

The students have also been trained, through practical sessions, in the handling of day and night observation instruments, as well as in how to use some easily accessible applications that will help them interpret and photograph the sky in the different seasons of the year. 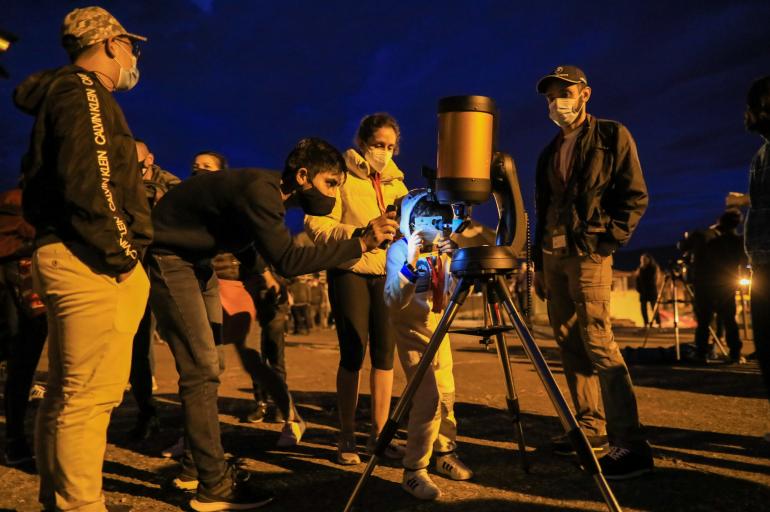 After 60 hours of this course, thirty-one students have obtained the official certificate from the Starlight Foundation that enables them to work as Starlight Astronomical Monitors.

The profile of the students usually required for the Starlight astronomical monitor courses is tour guides, businessmen or employees of the astro-tourism sector, as well as amateur and professional astronomers, also opening access to people linked to other disciplines related to the environment, biodiversity, physics and other branches of science.

In line with this commitment to promote astro-tourism in the territory, the Villa de Leyva City Council itself has signed the adherence of the municipality to the Starlight Declaration in Defense of the Night Sky and the Right to Starlight.

The Starlight Declaration is a document that was drafted at the I International Starlight Conference, held on the island of La Palma in 2007, by representatives of international organizations such as UNESCO, the MaB Program, the World Tourism Organization and the International Astronomical Union, among others. It is a declaration of principles in favor of unpolluted night skies and the right to enjoy the contemplation of the firmament while safeguarding all the scientific, cultural, environmental, biodiversity, health and economic heritage associated with it. As stated in the first article of this declaration, the sky is an inalienable right of humanity comparable to the rest of the environmental, cultural and social rights.

The formation of Starlight Monitors took place in the framework of the XXV Villa de Leyva International Astronomy Festival.

The Association of Self-Taught Astronomers ASASAC brings together professionals, institutions and astronomy enthusiasts each year to share knowledge. Since its first edition in 1997, the festival has become one of the benchmarks for amateur astronomy in Colombia. 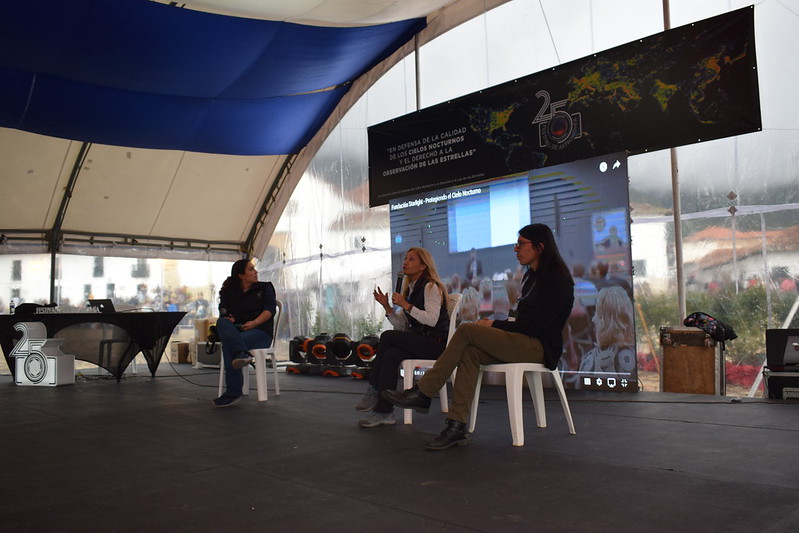 It had guests such as the doctor in astrophysics and researcher at the Institute of Astrophysics of the Canary Islands, Antonia Varela, director and manager of the Starlight Foundation, who participated in a forum about the potential of astro-tourism in Colombia, and the expert in astro-tourism, Juan Vicente Ledesma, teaching attendees the advantages of star tourism for the sustainable development of a territory.

In addition, the French astronomer and astrophotographer Remi Leblanc Messager exhibited a selection of his astrophotographs as guest of honor representing France.