15th Anniversary of the Starlight Declaration

On April 20, the Starlight Foundation commemorated fifteen years since the signing of the 'Declaration of La Palma' in Defense of the Night Sky and the Right to the Starlight. 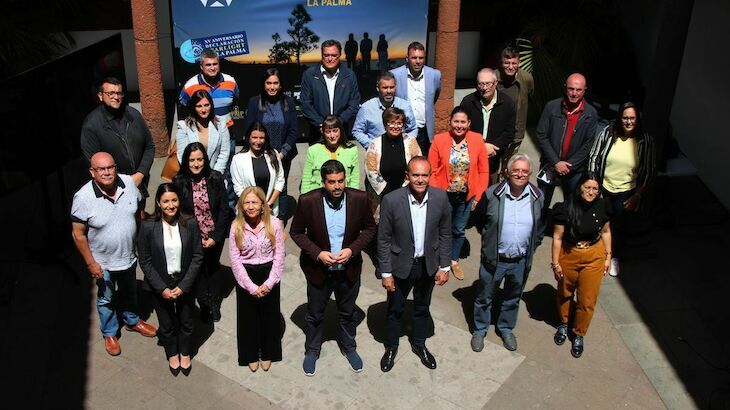 On April 20, fifteen years have passed since the signing in 2007, during the  First International Starlight Conference, of the âDeclaration in Defense of the Night Sky and the Right to Starlightâ (2007), in which, representatives of IAC, UNESCO, UNWTO, IAU, UNEP-CMS, CE, SCBD, COE, MAB and Ramsar-Convention launched this international movement in defense of the sky , promoting the dissemination of astronomy and sustainable, high-quality tourism in those places where the night sky is cared. The Starlight sites are scenarios that incorporate the preservation and observation of the sky as part of the natural, scenic, cultural and scientific heritage and encourage âStar Tourismâ, promoting infrastructure, products, activities and training of specialized guides in sustainable tourism.

The Starlight Declaration was renewed in April 2017, during its tenth anniversary, held at the Preserving the Skies Congress on La Palma island,  where the institutions signing the same, as well as other institutions invited, adopted resolutions and made a call facing the future.

It was acknowledged the full validity of the âStarlight Declarationâ, signed in the island of La Palma in 2007 and the whole population, the local communities and the governments were encouraged to adopt their principles and guidelines.

Statements and recommendations  were established concerning:

1. Recognition of the full validity of the Starlight Declaration

2. The need to protect and recover the starry sky as the only common cultural landscape of humanity.

3. Involvement of astronomers and scientific institutions to get society to value its nocturnal heritage and join the Starlight Initiative.

5. To the environmental authorities and those responsible for the protected areas to urgently take the necessary measures to guarantee the integrity of the ecosystems.

6. The population, local authorities and industry to opt for intelligent and sustainable lighting solutions. And the health and environmental authorities to alert about the pernicious effects of light pollution.

8. Governments and competent international agencies to include light pollution in their catalogs of polluting agents, as well as to implement the provisions related to its prevention.

9. Local communities and entrepreneurs are invited to take advantage of the night sky resource and develop the cultural, educational and tourist opportunities offered by the starry sky, relying on such effective tools as Starlight certifications.

10. It is urged to align any activity related to the preservation of the skies with the United Nations Sustainable Development Goals (SDGs); especially with the development and well-being of communities, the protection of biodiversity on land and in the oceans, the sustainable use of energy and the mitigation of climate change. 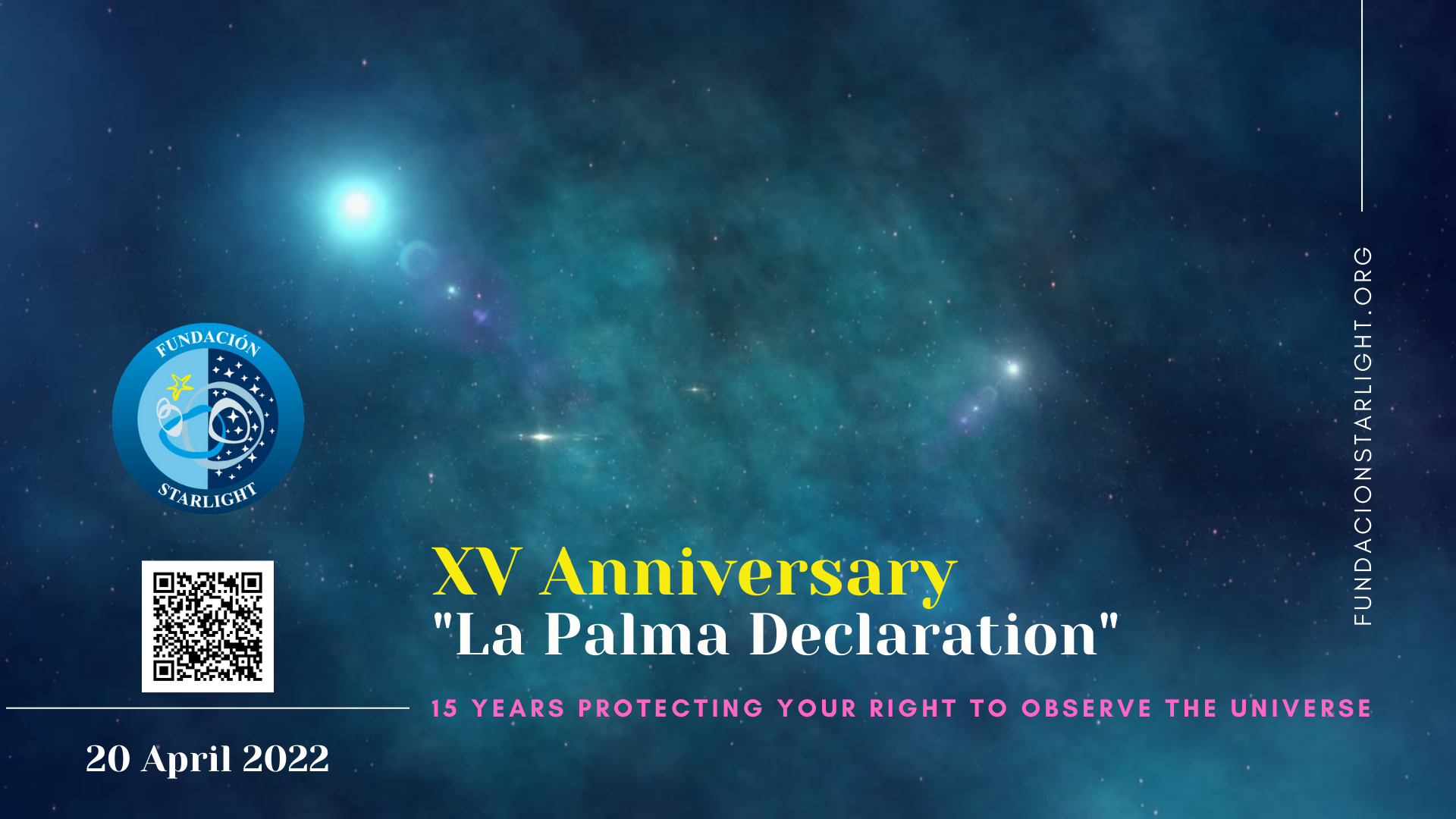 On Wednesday, April 20, the vice president of the Cabildo, Borja Perdomo, and the island's head of Tourism, RaÃºl Camacho, met with the director of the Starlight Foundation, Antonia Varela, to celebrate the fifteenth anniversary of the Starlight Declaration in La Palma, and also to present the activities of the 'Astrofest', which is held annually on the island, declared a "Starlight Tourist Destination" and a "Starlight Reserve" since 2012.

The director of the Starlight Foundation, Antonia Varela, recalled that La Palma saw the birth, more than 30 years ago, of the Sky Law, a pioneer in the world. "In addition, we celebrate this month that the Island was certified as the first international Starlight Reserve," she added.

Since its inception, the Starlight Foundation has worked hard to protect the sky with smart lighting and the dissemination of astronomy supported by tourism, through international certification.

As specified in a press release by the Cabildo, "The work in Astrotourism has been an important step to strengthen the sky observation product that, in addition, has given La Palma its own character: 16 astronomical viewpoints and 4 astronomical trails have been themed. But, above all, together we have managed to create a group of palm businessmen and professionals, a team of enthusiastic and enterprising people who have found in Astrotourism a platform to generate ideas, without which we would not have achieved these certificationsâ.

On the anniversary of its Magna Carta, the Starlight Foundation celebrated this Wednesday the World Starlight Night, an initiative in which anyone who wants to support the Starlight Declaration can participate.

This year, in addition, a Special Edition of the Starlight Declaration was commissioned in vignettes, with the idea of ??making the younger public aware of the importance of taking care of our skies.

In addition, the students of the CEEP of Mingoliva, one of the educational centers attached to the Starlight Declaration, made an adaptation of the text with pictograms for people with autism spectrum disorder (autism).

Thus, the Starlight Foundation continues to invite everyone to join the Starlight Declaration, both privately and publicly, and make the Starlight movement an unstoppable wave to defend our dark sky.