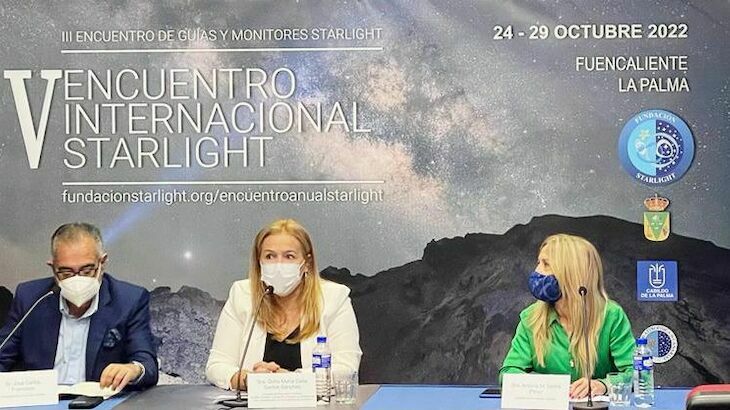 The representatives of the Fuencaliente de la Palma City Council and the Starlight Foundation officially presented, in an act at the San Antonio Volcano Visitor Center, the 5th Annual Starlight Meeting, which will be held in this La Palma municipality from 24 to 29 October 2022.

The selection of Fuencaliente among 23 candidates submitted to host this meeting, which is a benchmark and a lead the way in Astrotourism, was decided because the Island of La Palma is a laboratory where you can learn and enjoy authentic experiences of astrotourism and with the purpose of contributing to the recovery and revitalization of tourism on the island, hit by the eruption of the volcano.

In her intervention, the person in charge of Tourism Promotion in Fuencaliente City Council, Celia Santos, highlighted the importance of this event for a small municipality of 1700 inhabitants, which is committed to scientific tourism and in particular on astrotourism. Fuencaliente was declared a Starlight Municipality in 2020 and, as Santos pointed out, it will host a Starlight Monitors course in 2022.

For his part, JosÃ© Carlos Francisco, president of the Starlight Foundation, emphasized the growth and positioning of the Foundation and its internationalization, âfrom the Canary Islands to the worldâ. He added that he hopes that this 5th Meeting will generate great interest and participation, among others, because its headquarters is La Palma, a territory so closely linked to the entity.

Lastly, Antonia Varela, director of the Starlight Foundation, intervened and, in addition to highlighting the values ??of astrotourism as a driver of sustainable development for the island, pointed out the values ??of Fuencaliente to be the official venue for the 5ht Starlight Meeting, which will be supported by the Institute of Astrophysics of the Canary Islands.

Varela announced part of the provisional program of the event and that the official website of the 5th Starlight International Meeting is now operational, where attendees can start registering: 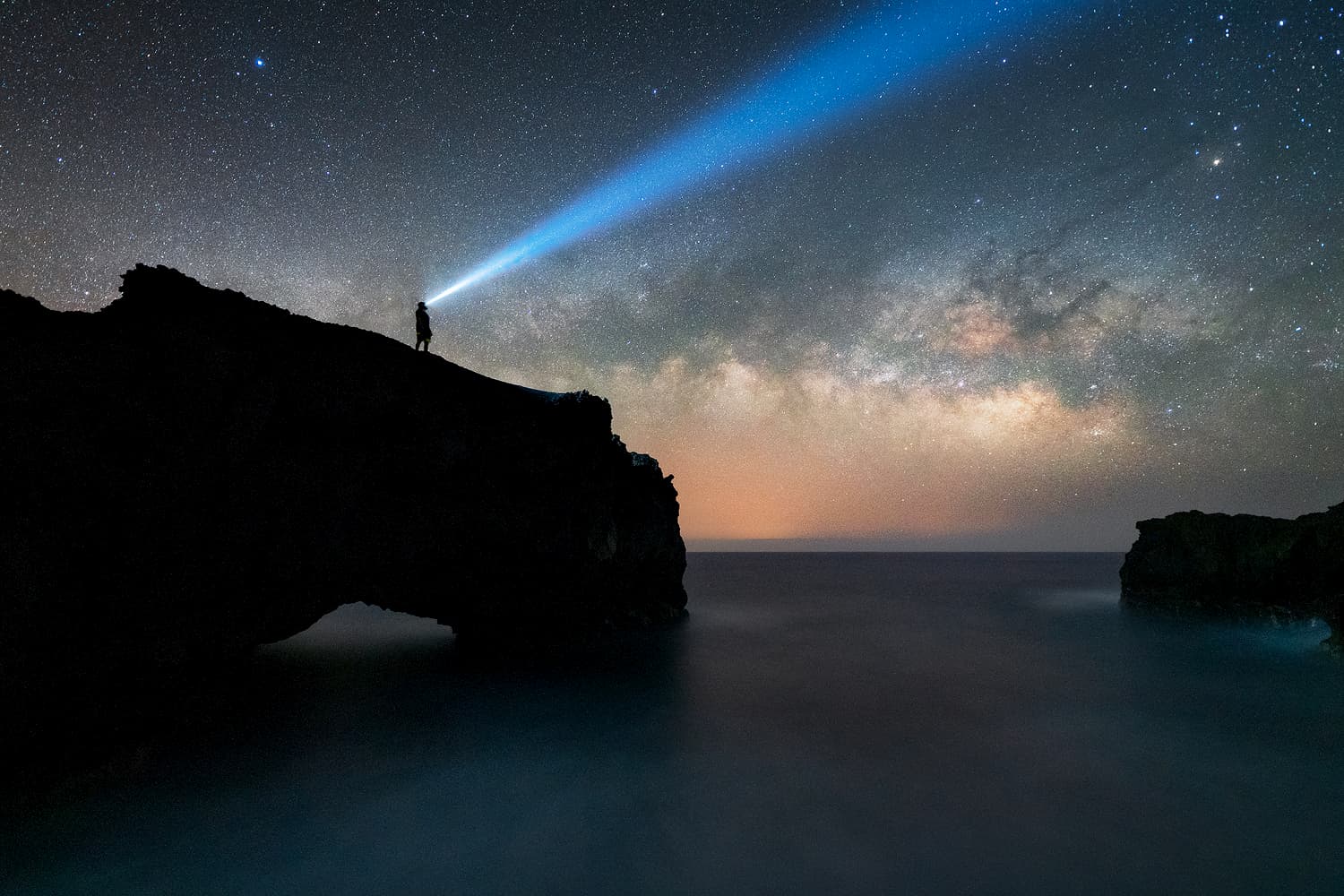 The International Starlight Meetings were born 5 years ago with the aim of becoming a living meeting. In addition to specific presentations by people with direct responsibility for territories, entities and activities linked to Starlight, there will be open sessions and round tables in which all those interested will be able to contribute their ideas and exchange experiences, as well as raise the challenges and opportunities of looking to the future in the field of astrotourism, led by the Starlight Foundation.

âStar tourismâ, or Astrotourism, promoted by the Starlight Foundation (www.fundacionstarlight.org) is an emerging, innovative and quality modality of sustainable and responsible tourism, which is also the engine of the local economy. It combines the observation of the sky with activities related to this natural resource; stars, galaxies and the spread of astronomy.

To promote this scientific tourism, it is necessary to protect the night sky, thus allowing energy savings and mitigating the effects of climate change, while combining the starscape with the natural, cultural, scientific, biodiversity and environmental assets of those places that watch over the night sky