Both institutions agree to create and guarantee a new Sustainable Development Goal (SDG) for the Quality of the night sky and access to starlight. 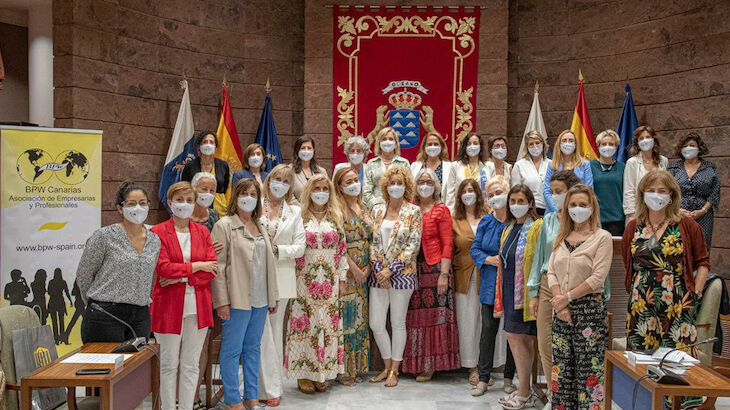 The Starlight Foundation is a non-profit organization emerged by the Institute of Astrophysics of Canary Islands to enforce the principles of La Palma Declaration (2007) in which, representatives of IAC, UNESCO, UNWTO, IAU, UNEP-CMS, CE, SCBD, COE, MAB and Ramsar-Convention among others institutions launched this international movement in âDefense of the Night Sky and the Right to the Starlightâ. The   main goals of the Starlight Foundation are  the disclosure of science and particularly of astronomy, the development of  actions intended to protect the starry sky and to mitigate of the climate change, promoting, at a global level, a different way of caring for and defending the sky, of valuing it as a necessary resource for life and as an intangible heritage of humanity, guaranteeing the ability to enjoy starlight and the development of activities based on this resource.

The starry sky is also an opportunity for development and empowerment for many women in rural settings who suffer from dramatic depopulation. These environments are precisely those with the best skies, and the Starlight Foundation works to help those skies become an engine of sustainable economy through star tourism. Women from indigenous and local communities are often repositories of traditional knowledge, which is critical to ensuring the livelihoods, resilience and culture of their communities.

In this way, the sky becomes a resource to be safeguarded not only for science, but also as a cultural, environmental, biodiversity, health and quality of life heritage, and as an engine of sustainable economy through astrotourism.

The International Federation of Business women BPW Spain, an entity with consultative status with the United Nations, has always been strongly committed to the Sustainable Development Goals of the Global Compact. They are focused on its fulfillment from a gender perspective so that equality and the empowerment of women and girls is a reality.

Thus, in keeping with the objectives for which the Starlight Foundation works, BPW Spain firmly believes that the protection of the night sky and the right to starlight must become an alliance of peoples and cultures, an instrument for the sustainability and development and a propagator of the cosmological essence of the human being and of our planet, and for that purpose, international laws capable of regulating outer space are necessary, because the protection of the planet is the protection of humanity.

The director of the Starlight Foundation, Mrs. Antonia M. Varela, is a member of BPW Canarias, which has allowed her to actively participate in various events promoted by this entity, including in the Forum of the United Nations Commission on the State of Women NGO CSW FORUM65, Women Empowerment: The Key For An Equal Future or the Congress on Sustainable Cross-Border Cities in collaboration with BPW Ceuta.

Inspired by the work of the Starlight Foundation, BPW Spain proposes through its president, Mrs Silvia VigatÃ , the creation of a new Sustainable Development Goal for the Quality of the night sky and access to starlight SDG (Sustainable Development Goal) (Goal nÂº18) and, together with Mrs Antonia M. Varela, director of the Starlight Foundation, they agree to cooperate as guarantors of the project.

An unpolluted night sky that allows the enjoyment and contemplation of the firmament should be considered an inalienable right of humankind equivalent to all other environmental, social, and cultural rights, due to its impact on the development of all peoples and on the conservation of biodiversity. (Art. 1 of La Palma Declaration).