The Starlight Foundation recognizes initiatives and territories who work in defense of dark sky. Applications shall be made on the form at the Foundation website before October 30, 2020. 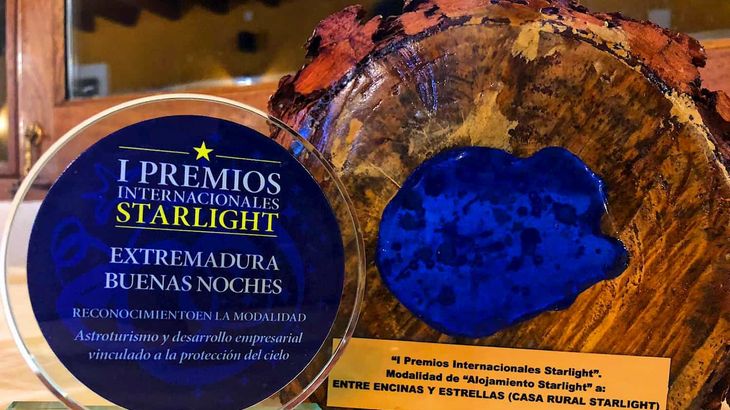 The Starlight Foundation celebrates the Starlight International Awards. This is a recognition made by the Foundation to institutions, associations, administrations and public or private companies, or to individuals, inside or outside the Starlight certified territory (although it will be important that they are part of its network). The prizes are related to four modalities based on the Magna Carta, the "Starlight Declaration" or "DeclaraciÃ³n de La Palma", in defence of the night sky and the right to Starlight.

These four modalities are:

One of the objectives of the Starlight Foundation is to avoid light pollution and encourage intelligent lighting options. This award recognizes those projects and / or citizen initiatives in defense of the dark sky.

2. Astrotourism and business development linked to the sky protection

The Starlight Foundation brings science and tourism together for the first time through the International Starlight Certification system, with the aim of preserving the dark sky in certified places and promoting the dissemination of astronomy through star tourism, innovative, sustanaible  and emerging tourism.

The dark sky is an engine of sustainable economy through astrotourism, which drives the development of business activities in places where the starry sky is the natural resource. The Foundation aims to recognize the best initiatives in this sector.

3. Education and dissemination of astronomy.

Everyone knows that the basis for a better future of our planet and its sky is a more and better educated and informed society. This award recognizes activities, initiatives, events, etc. aimed at children and young people, and society in general, that raise awareness and disseminate the direct and indirect benefits of protecting the dark sky and of the dissemination of astronomy.

Starlight Accommodation is a qualification (for rural hotels and houses, inns, camps, hostels,etc.) awarded by the Starlight Foundation to those establishments which, as well as offering accredited quality accommodation, also become involved as active agents in the promotion of the values contained in the âDeclaration in Defense of the Night Sky and the Right to Starlightâ (âLa Palma Declarationâ) and which provide their customers with information about Starlight as well as means and instruments for astronomical observation.

This award wants to value innovative initiatives made by these accommodations, as well as actions that involve social-economic development for its territory.

In addition to the winners in each modality, there will be special recognitions to four other projects or territories.

The Starlight Awards, as well as the Starlight Foundation, are a non-profit initiative, so they are not remunerated nor do they represent any cost or contractual relationship with the winners. The commitment of the Starlight Foundation is to give the widest international dissemination through an official press release, dissemination on social networks and at international conferences, a digitized logo of the award and a trophy that will be held on the âI International Astrotourism Conference by Starlightâ, which will take place in Ãvora (Portugal) from 3 to 5 June, 2021.

Applications shall be made on the form at the Foundation website before October 30, 2020.