This initiative, promoted by the Starlight Foundation and with more territories adhered each year, celebrates 20 April the World Night in Defense of Starlight. 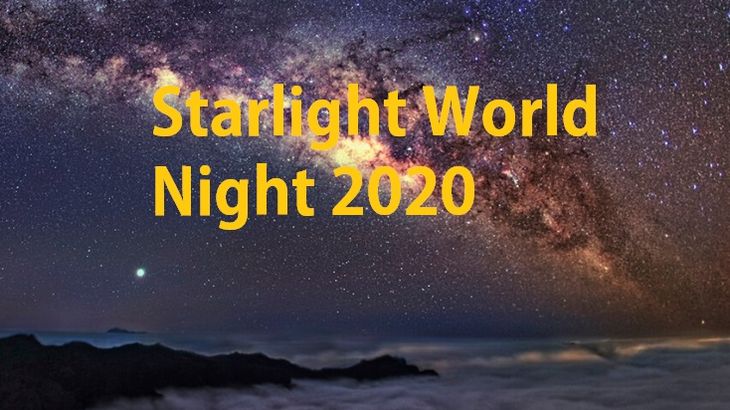 Since 2007, 20 April each year we celebrate the World Night in Defense of Starlight, an initiative promoted by the Starlight Foundation coinciding with the signing, during the First International Starlight Conference, of the "Declaration of La Palma in Defence of the Night Sky and the Right to Observe the Stars", considering the dark sky  an outstanding, universal cultural, scientific, environmental  resource  to promote and develop âastronomical tourismâ,  establishing criteria for its protection.

Popularly this celebration that implies popular acts throughout the Starlight territory is colloquially named Starlight Lights Out. Starlight Foundation encourages communities, municipalities, business, individuals, to turn-off the lights to raise awareness of the importance to avoid the light pollution and the conservation of dark and pristine skies. It takes usually one hour of switch off but it is completed with popular music festivals, astrophotography workshops, children's storytelling, contests, astrophotography exhibitions, etc.

Any  organization can adhere to Starlight World Night and join forces, getting involved in many aspects*:

- Organizing events and ceremonies for the adoption of the Starlight Declaration

- Proposing meeting sites for observing the sky, as well as parks and destinations under the stars.

- Organizing artistic events and competitions on topics related to the importance of the dark sky protection and the dissemination of the astronomy.

- Providing the media and public talks by scientists, experts and advocates of the dark skies.

- Promoting the local identification of dark areas that require protection.

* Any activity will be subject to current health circumstances for its performance.

The agenda for the 2020 edition of the Starlight World Night will be drawn up in the coming weeks, as allowed and according to the considerations of the health authorities.