The Starlight Foundation recognizes, for the first time in its history, initiatives and territories that stand out for the defense of the dark sky 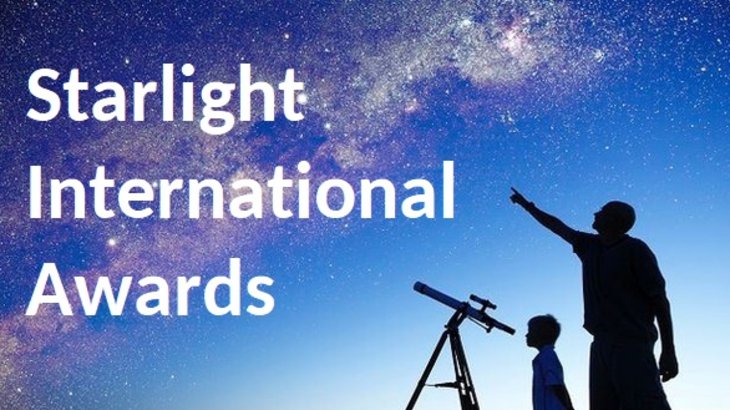 The Starlight Foundation celebrates this year, for the first time, the Starlight International Awards. This is a recognition made by the Foundation to institutions, associations, administrations and public or private companies, or to individuals, inside or outside the Starlight certified territory (although it will be important that they are part of its network). The prizes are related to three modalities based on the Magna Carta, the "Starlight Declaration" or "DeclaraciÃ³n de La Palma", in the defense of starlight and the dissemination of astronomy.

These three modalities are:

One of the objectives of the Starlight Foundation is to avoid light pollution and encourage intelligent lighting options. This award recognizes those projects and / or citizen initiatives in defense of the dark sky.

2. Astrotourism and business development linked to the sky protection

The Starlight Foundation brings science and tourism together for the first time through the International Starlight Certification system, with the aim of preserving the dark sky in certified places and promoting the dissemination of astronomy through star tourism, innovative, sustanaible  and emerging tourism.

The dark sky is an engine of sustainable economy through astrotourism, which drives the development of business activities in places where the starry sky is the natural resource. The Foundation aims to recognize the best initiatives in this sector.

3. Education and dissemination of astronomy.

Everyone knows that the basis for a better future of our planet and its sky is a more and better educated and informed society. This award recognizes activities, initiatives, events, etc. aimed at children and young people, and society in general, that raise awareness and disseminate the direct and indirect benefits of protecting the dark sky and of the dissemination of astronomy.

The awards ceremony will be held at the II Starlight Meeting that will take place on the island of Menorca (Spain) on November 28, 29 and 30, 2019.

The trophy that will be awarded is made by canarian multimedia artist Alejandro Sureda, based on natural elements of the Canary Islands, inspired by the fusion of the land, the sea and the sky.

As a recognition granted by the Starlight Foundation, this first year and in a special way, it will be the same that will determine the winners, building on the knowledge and experiences gained through its years of existence.

In the second edition, a postbox will be opened for own or third-party nominations, sending a request to the Starlight Foundation that will be available online.

The Jury will be formed by the Starlight Foundation patrons and its director.

In addition to these three annual international awards, the Starlight Foundation may award throughout the year others âStarlight Awardsâ to any municipality, town, council, rural development association, amateur astronomer association, foundations, etc. who stands out by any of these three modalities. The objective is to give visibility to these actions, sometimes unknown and barely valued, and promote them as an example to follow for the rest of the world.