The III International Starlight Conference was held in the lake Tekapo (New Zealand) in June 2012. This conference was the third world Conference of a series which initiated 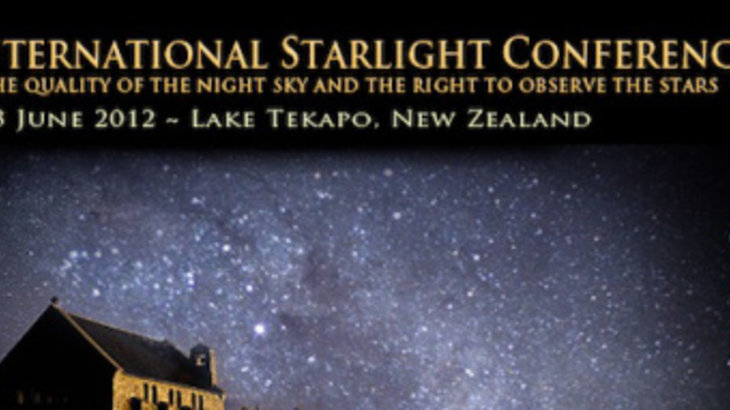 The success of the Conference of New Zealand, which was due to a large extent to the local organizers: the University of Canterbury and the Astronomic Royal Society of New Zealand.

In the Conference the issues below were addressed:

- Role and purpose of a Starlight Reserve.

- Public education and disclosure of a Starlight Reserve.

- The Starlight Declaration (2007) and the right to see the stars.

- Radio astronomy and the radio frequency interference (RFI), radio-quiet areas and the mitigation of RFI, the selection of sites in New Zealand for the radio-astronomy.

- Starlight Reserves as a protection for the astronomic research.

- Cultural features of the stars and the stars in the civilization and the society.

Issues of importance were also discussed such as the application and the benefits of the Starlight Reserves and Destinations as a mean to protect the night sky, as well as the progresses of the Thematic Study âHeritage of the astronomy and the archaeoastronomy in the context of the Convention of the World Heritageâ (IAU-ICOMOS). We highlight the participation in this conference of the Coordinator of the Starlight Initiative Mr. Cipriano MarÃ­n and Dr. Antonia Varela, researcher of the Institute of Astrophysics of the Canary Islands (IAC).

Web of the Conference: