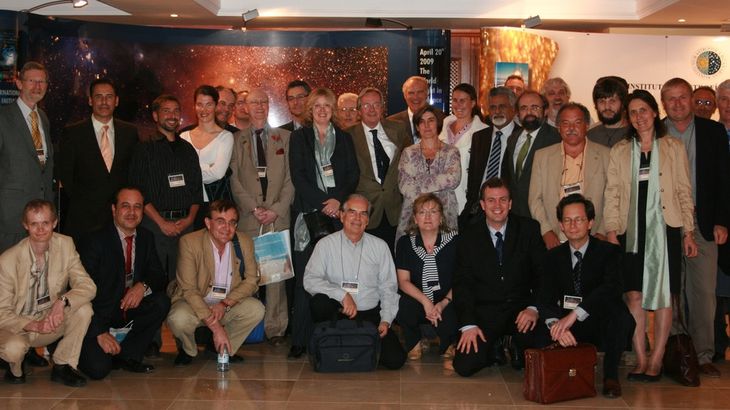 The Seminary and international meeting of experts âStarlight Reserves and World Heritage: Scientific, Cultural and Environmental Valuesâ was organized the days 10-11 March 2009 in cooperation with the Centre of World Heritage of the UNESCO, the Institute of Astrophysics of the Canary Islands (IAC) and the International Astronomic Union (UIA), having the support of the host, the Town Council of Fuerteventura.

Experts of 10 countries attended, including representatives of the industry of tourism, non-government organizations, scientific institutions and research centers, as well as international organizations such as the World Tourism Organization (WTO), the International Astronomic Union (UAI), the European Convention of the Landscape, the Program MAB of the UNESCO and the Centre of the World Heritage. The President of the Committee of the World Heritage and the ambassador MarÃ­a JesÃºs San Segundo.

One of the most important contributions was to offer a final review of the concept Starlight Reserve and to promote the creation of the group DSAG of the UICN (Dark SkyAsesor Gorup).

The meeting of experts concluded with a series of recommendations of application for the Program UNESCO-MAB, the Committee of the World Heritage, the States Parties of the Convention, the member States of the UNESCO, the consultative bodies of the Convention of the World Heritage of the Nature (UICN, the ICOMOS, the ICCROM), other programs of the UNESCO, as well as other organizations of the United Nations, the scientific institutions and other relevant bodies.